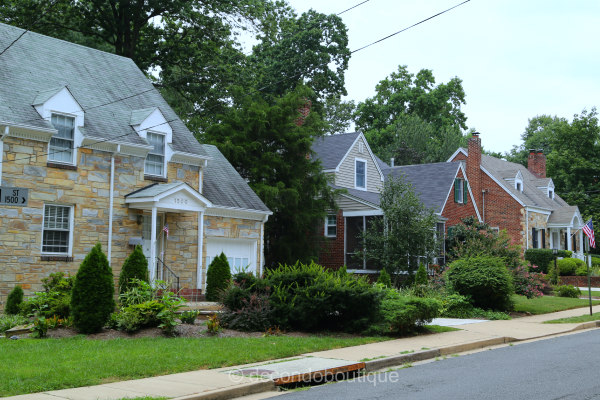 Known for its quiet suburban streets and its strong sense of community, Arlington’s Waycroft-Woodlawn neighborhood has plenty to offer prospective new residents. Presenting a mix of home styles for buyers to choose from, the neighborhood offers around 500 private residences.

The diversity of home styles is thanks to the development of the neighborhood itself, which was sold off lot by lot instead of by one single homebuilder. These days, you can find Colonials, ramblers, Cape Cod-style homes and even some cottages in the neighborhood.

Along with its diversity in home styles, the Waycroft-Woodlawn neighborhood also boasts well-manicured properties with blooming trees and landscaping. The tree-lined streets are a big draw for those looking for a peaceful neighborhood, that’s still close to what they need and want in the DC area.

Afterall, another key advantage of the neighborhood is its location. Waycroft-Woodlawn sits within easy access of the Metro and I-66, making it possible to enjoy the many shopping, dining and entertainment options found throughout the entire DC area.

While the neighborhood doesn’t exactly boast its own Metro stop, there is one just a few blocks away. It’s also a convenient neighborhood for bicyclists.

The neighborhood additionally has a strong Civic Association, which routinely plans events and activities for area residents. It’s been that way for years and decades, as the association itself can trace its own roots back to the late 1930s.

For all of these reasons and more, home values in this tight-knit community remain strong. A majority of people living in the Waycroft-Woodlawn neighborhood tend to own their own homes. The strength of the neighborhood is what’s attracted new residents for generations.