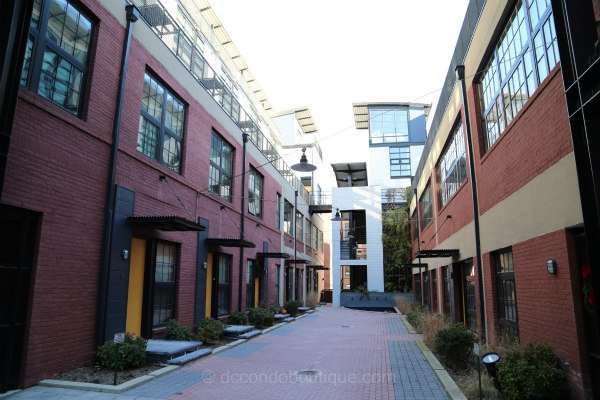 The U Street Corridor is a neighborhood located in the NW quadrant of Washington DC that is experiencing gentrification and revitalization.  Investment in the U Street neighborhood has followed the opening of the U Street/Cardozo Metro Station in 1991.

This neighborhood has a colorful history as one of the country's African American cultural centers and was home to prominent artists, including Duke Ellington.  The U Street Corridor experienced significant rioting after the assassination of Martin Luther King Jr. and was a blighted neighborhood for a couple of decades following the riots.  One U Street constant is Ben's Chili Bowl, a neighborhood favorite restaurant spanning five decades.  Read more about U Street Corridor real estate.

U Street Corridor Homes And Condos For Sale

The dominant housing style in the U Street corridor is late 19th century Victorian row houses that line its historic streets.  Many of these homes have been updated and renovated to become 21st century showplaces.  Several new condominium projects have been developed in the U Street Corridor, filling in much of the vacant land created during the 1968 riots.  These new projects have helped to re-establish the U Street Corridor as a desirable DC neighborhood.

One of the newest boutique properties to go up near the U Street Corridor manages to offer some of U Street’s unmistakable vibe with full-on luxury features. While just one block away from the ... Read more

The DC area is packed with history, but it also has some great neighborhoods for exploring and experiencing the arts. Here are a few of the best to consider: Old Town Old Town offers a great place ... Read more

With such private amenities as gourmet kitchens and rooftop terraces, it seems oversized baths aren’t the only luxury you’ll find at The Beauregard. This premiere condo building dates ... Read more

DC may be home to some the nation’s most prominent landmarks and historic attractions, but it’s also growing in terms of its distinctly modern architecture and appeal. From rooftop ... Read more