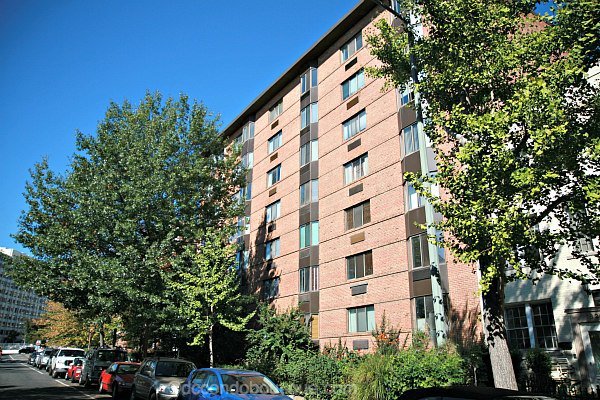 The Meredith was originally built in 1951 and named the Holly House because of the holly trees marking the entrance.  It converted to condos in 1981 and is located on T Street between 18th and 19th Street in Dupont Circle.  The 7 story building offers a mix of 49 one-bedroom and efficiencies with additional storage.  Residents enjoy panoramic views from the building’s expansive rooftop terrace.  The Meredith is within walking distance of the Dupont Circle Metro Station.

The Meredith Condos For Sale