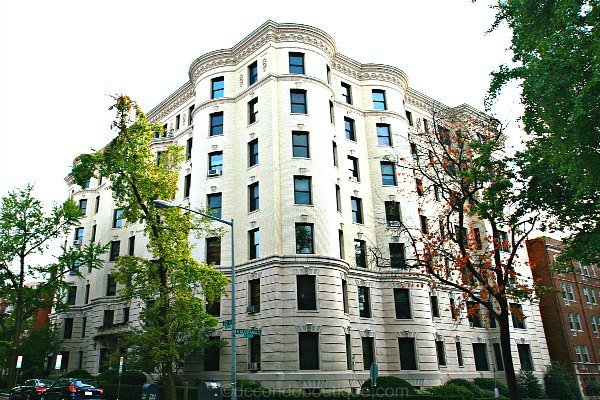 The Mendota is the District’s oldest luxury apartment building.  Featured in Goode’s Best Addresses, The Mendota was the first apartment building constructed in Kalorama Triangle and lies at the corner of 20th Street and Kalorama Road.  In 1901 at the time of its construction, the Mendota offered an upscale housing alternative to ownership of a row house in the District.  Today the 7-story building features 48 residences with some of the most generous floor plans in the District.  Residents enjoy the elegant lobby and vintage, manually operated elevator.  The apartments offer a number of significant architectural details ranging from 10 foot ceilings to oversize windows, original crown moldings and Victorian-tiled fireplaces.  Building amenities include a parlor, courtyard, bicycle storage and 24x7 front desk.  The Mendota is within walking distance of the Woodley Park Metro Station.

The Mendota Cooperatives For Sale