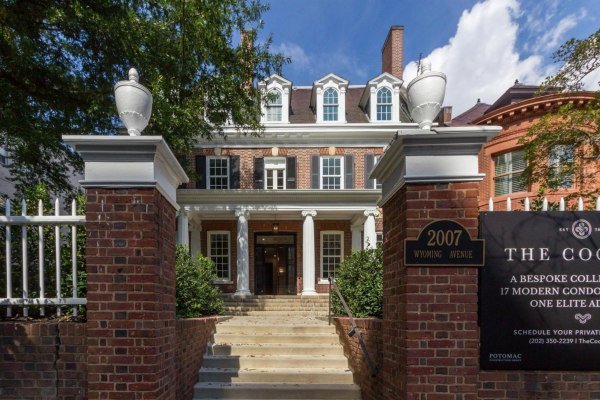 The Cooper is a bespoke condo development located in the Kalorama neighborhood of Washington, DC.  This building offers the exclusivity of a converted Georgian-style mansion located on a prestigious street in one of the District's most sought-after neighborhoods. The Cooper features 17 modern units outfitted with upscale finishes.  Read more about The Cooper.

The Cooper Condos For Sale

More About The Cooper

The Cooper is located in Kalorama on Wyoming Avenue NW between Connecticut Avenue and 20th Street.  This location is within walking distance of the Woodley Park and Dupont Metro Stations as well as shopping and entertainment in Adams Morgan, Dupont Circle, U Street and Woodley Park.  The nearest grocery stores are the Yes! Organic Market located at 1825 Columbia Road NW and Safeway at 1747 Columbia Road NW.

I Have A Question About The Cooper