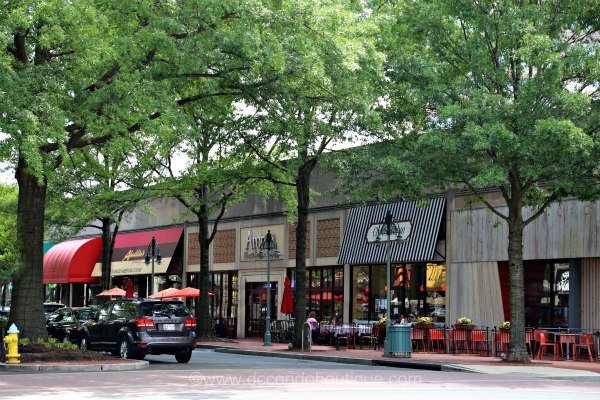 The Shirlington neighborhood in Arlington, Virginia, is widely acknowledged as an "urban village" and is increasingly popular with new DC residents because of its pedestrian-friendly character, affordable housing, and vibrant blocks of restaurants, retail, and the arts.   In fact, as home to the Signature Theater, and "Theatre on the Run," Shirlington has been dubbed the "arts and and entertainment" section of Arlington.  Bounded by 395 on the east, Shirlington's quirky name comes form the combination of "Shirley" (from the nearby Shirley Highway) and "Arlington."   Read more about Shirlington real estate.

Shirlington Homes and Condos For Sale

$594,750
Neighborhood: Fort Barnard Heights
3749 Four Mile Run Dr S
Arlington, VA 22206
3
Beds
2
Baths
884
Sq.Ft.
1945
Year Built
16
Days on Site
VAAR2020820
MLS
Welcome Home! Step right in to this bright and airy, completely updated and renovated home. Most of what you see is new. We did all the work so you don't have to. Lower level bedroom has many uses...
Berkshire Hathaway Homeservices Penfed Realty

The area started out as one of the nation's first shopping centers in 1944 but faced hard times in the 1970s and 1980s as it competed for mindshare with the newer shopping malls.  Shirlington didn't really come into its own again until Arlington County invested in the renovation of a traditional main street along Campbell Avenue in the late 1980s.  The construction of hundreds of residential units, a new theater, grocery store and library soon followed.  Because Shirlington is not directly on the Metro line, the home prices are lower than in nearby Clarendon or Rosslyn, providing great investment opportunities as well as as an entry point for many families to buy into the area.   A $2 million commuter hub with buses that can make it to the Pentagon in seven minutes and from there to the Metro's Blue and Yellow lines more than compensates for the lack of Metro access.

Today, Shirlington Village is perhaps the best known commercial stretch with its four eminently walkable blocks of high-rises, restaurants, and shops.  A Harris Teeter, a slew of ethnic cuisine choices, and DC favorite destinations such as Busboys and Poets, and the Capitol City Brewing Company, give the area a trendy vibe.  Newer condo buildings such as IO Piazza and Windsor are near the Village, providing the feel of a mixed-use community.  Moving closer to Fairlington to the southwest, the housing stock largely comprises mid-rise condo and town homes that were developed as apartments after WW II and later renovated in the 1980s and 90s to meet increasing demand.  Shirlington Crest is a newer town home development located north of Shirlington Village that caters to the increasing number of young professionals making their home in Shirlington.  The spacious floor plans, two car garages, and easy access to an onsite fitness center are considered premium features for young families or singles working in the District or at nearby federal agencies.

In, fact, Millennials find the access to wide open green spaces, dog parks and Arlington's much heralded network of biking and hiking trails especially appealing.  Shirlington is located near the start of the Washington-Old Dominion bike trail as well as abutting 395, providing easy driving access to Northern Virginia and Old Town Alexandria.  Bounded by 395, Shirlington is the top northeast half of the diamond-shaped stretch of land bordered by Four Mile Run Drive, Walter Reed Drive, and King Street.