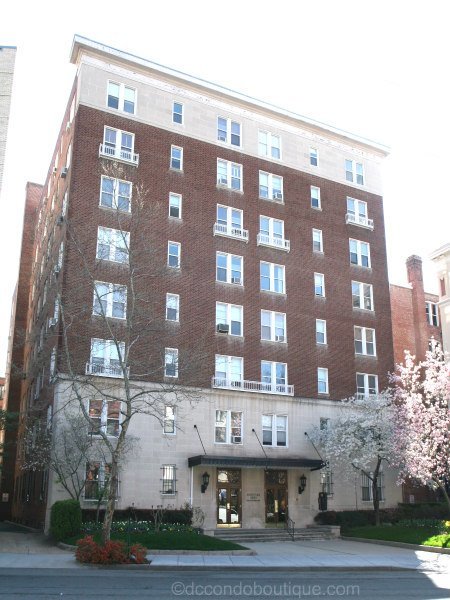 Schuyler Arms is an 8-story, condo development built in 1927.  Located in Adams Morgan, Schuyler Arms features 96 one and two-bedroom light-filled units, many of which have been recently updated.  Many units feature unique period details including glass doorknobs, built-ins and classic oak floors. Read more about Schuyler Arms.

Schuyler Arms is located in Adams Morgan on Columbia Road between California Street NW and 20th Street.  This location is at the intersection of Adams Morgan, Kalorama, Woodley Park and Dupont.  The Line Hotel, restaurants, shops & nightlife are all just steps from Schuyler Arms.

The closest Metro Stations are the Dupont Circle and Woodley Park and both are within walking distance.  The nearest grocery stores are the YES! Organic located at 1825 Columbia Road NW and the Trader Joe's Located at 1914 14th Street NW.