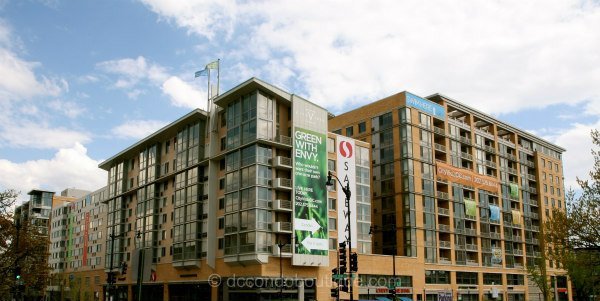 Mount Vernon Triangle is truly an urban inner-city neighborhood with a diverse inventory of housing options.  The neighborhood was originally developed after the Civil War when the street car lines were built in the area.  The predominant architectural style throughout the neighborhood are three-story and four-story row houses featuring an Italianate and Queen Anne flair.  Many of these town homes are being revitalized and brought back to their late 19th century grandeur.  In recent years, new condo development has come to the Mount Vernon Triangle neighborhood with several projects now complete.

While it’s home to one of DC’s top roof decks, there’s much to enjoy than just the roof space at Ten Ten Mass. This is a full-service, luxury building in DC’s Mount Vernon ... Read more

While it’s a great place to visit in the DC area, many people who come to Mount Vernon Triangle stay to live. This Northwest DC neighborhood has quite a history, but today it’s better ... Read more

DC Top Neighborhoods for Livability Without a Car

If you don’t want to have to depend on a car to get around, DC is a great place to live. While some neighborhoods rely on public transportation, other neighborhoods are extremely walkable. ... Read more