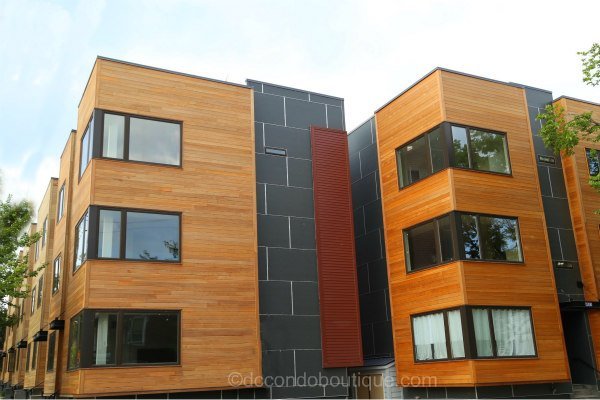 Jackson Place Flats is a contemporary condo development located in DC’s Brookland neighborhood. The development features 34 two-level residences with floor plans offering 2 BR / 2.5 BA and ranging in size from 900 - 1,000 SF of living space. Individual units have private direct access from the street through covered entry ways. Secure-entry parking spaces are being delivered with the building and are available for purchase by owners.  Read more about Jackson Place Flats.