IL Palazzo Is Now Delivering As A Rental Project

Il Palazzo is a new upscale condo development slated for the intersection of 16th Street NW and Fuller Street in DC's Adams Morgan neighborhood.  The project includes the renovation of the former Neo-Renaissance style Italian Embassy as well as the construction of a new eight-story building on the site. The project is also slated to include underground parking to accommodate 60-90 vehicles. 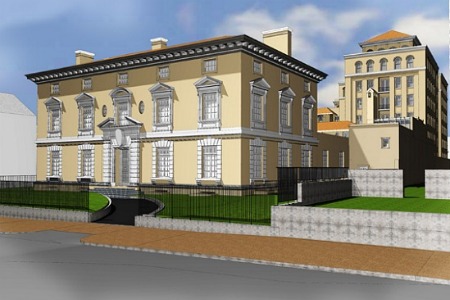