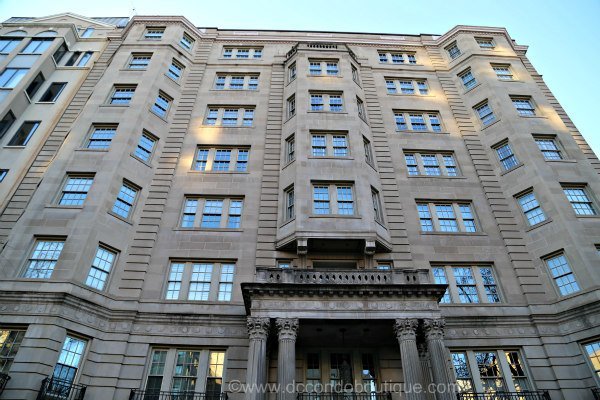 The Golden Triangle is a neighborhood of 43 blocks located just south of Dupont Circle and roughly bounded by New Hampshire Avenue, Connecticut Avenue, I street and Pennsylvania Avenue.  This enclave is home to many high-end retail establishments, more than 3,000 national and international businesses and six Metro stations including the three busiest in the system.

While primarily commercial, one gem residential street in the Golden Triangle neighborhood is Jefferson Place.  The upscale Jefferson Row development is located on this charming street just south of Dupont Circle.