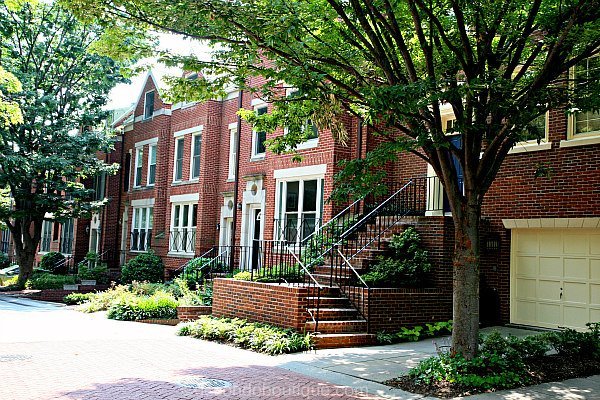 The West Village of Georgetown is located west of Wisconsin Avenue and is known for its cobblestone streets many of which also have imbedded street car rails.  West Village is home to many of DC's movers and shakers who live in the neighborhood's beautiful and historic single-family homes. Throughout the years a humorous rivalry has existed between the residents of West Village and their counterparts in the East Village on the other side of Wisconsin.

The West Village is also popular with academia as the neighborhood borders the Georgetown campus.  Volta Park with its pool, playground and beautiful plantings is a popular destination for West Village residents.

West Village is bounded by Wisconsin Avenue to the West, M Street to the south, Georgetown University and 35th Street to the west and Whitehaven Parkway to the north.

A luxury Georgetown condo is back on the market, this one tied to a major name in the DC area. Ted Leonsis, owner of the Wizards and Washington Capitals, just listed his Wormley Row condo for $3.2 ... Read more

It’s a case of east versus west in Georgetown, with two villages vying for their own identities. For years known as East Village and West Village, or rather the area to the east of Wisconsin ... Read more