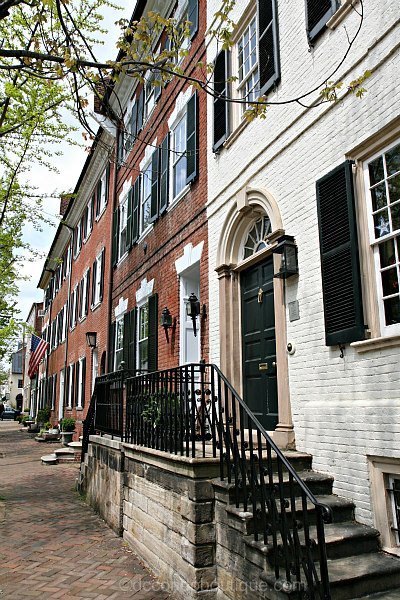 The 200 block of Prince Street in Old Town is known as Gentry Row.  These original late 18th-century rowhouses offer a glimpse of the Georgian and Federal architectural styes that were popular after the Revolutionary War.  Prominent residents of Gentry Row have included William Fairfax, one of Alexandria's founding trustees, and Dr. James Craik, who served as Surgeon General during the Revolutionary War.