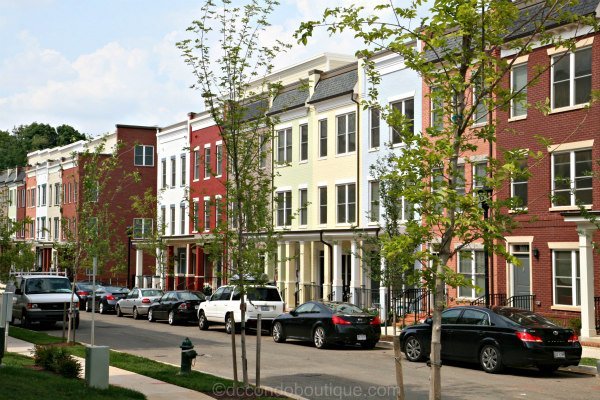 Edgewood is a neighborhood located in the Northeast Quadrant of Washington, DC.  Originally farmland and later an estate for US Treasury Secretary and Chief Justice Salmon Chase, Edgewood was plated into a residential neighborhood after the B & O Railroad was built just east of the estate.  DC row houses are the dominant architecture in Edgewood with newer developments like Chancellor's Row designed in this style.

The boundaries of Edgewood are Lincoln Road and Glennwood Cemetery to the west, Rhode Island Avenue to the south, Red Line Metro tracks to the east and Irving Street, Michigan Avenue and Monroe Street to the North.  Neighborhoods adjacent to Edgewood include Bloomingdale, Eckington, Brentwood, Brookland and Stronghold.  Edgewood is served by the Brookland-CUA Metro station (Red Line).

Edgewood Homes And Condos For Sale

$995,000
Neighborhood: Brookland
2628 4th St NE
Washington, DC 20002
3
Beds
1F11/2
Baths
2,380
Sq.Ft.
1926
Year Built
519
Days on Site
DCDC2012756
MLS
An excellent opportunity to shower this property with your TLC and be rewarded with excellent equity enhancement and enduring comfort in a sought after neighborhood. Oodles of potential and...
Realty Advantage