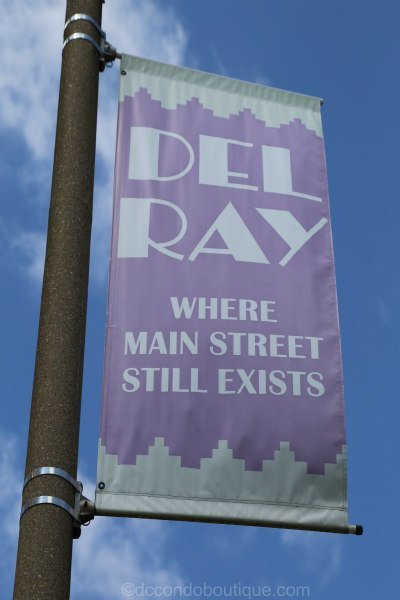 Del Ray is a neighborhood located in the northwest section of Alexandria Virginia.  The community features a preponderance of modest single-family homes on streets laid out in a grid formation.  A thriving commercial corridor along Mount Vernon Avenue, featuring local merchants and establishments, provides significant culture and vibrancy to the neighborhood.  The neighborhood is adjacent to National Landing, Amazon's HQ2 location.

Del Ray developed around the turn of the 20th-century as homes were built to house the workers at the adjacent Potomac Yard.  Single-family home home styles range from Cape Cod to bungalow even a few Sears Roebuck Kit Homes in the inventory.

Del Ray is bounded by East and West  Glebe Road to the north, Jefferson Davis Highway to the east, Leslie Avenue, Glendale Avenue  and Mount Vernon Avenue to the south and Russell Road and Braddock Road to the west.  Residents use the Braddock Road Metro Station for a quick 10 minute ride into the District.