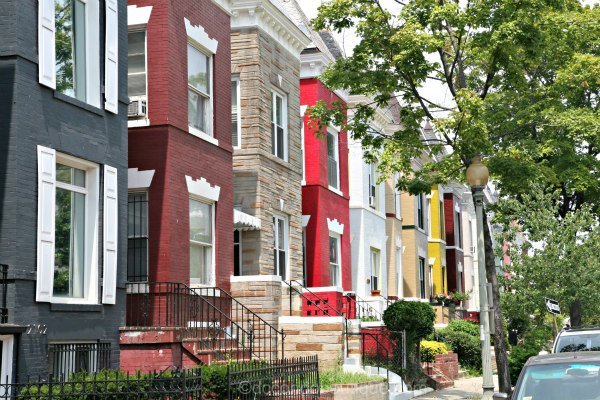 Row Houses dominate the housing market in Washington, DC and can be found in a significant majority of our neighborhoods.  Many of these communities were developed in the late 19th and early 20th centuries as street car lines were extended into new areas of the District.  Prominent row house developers including Harry Wardman have left their mark on many neighborhoods throughout DC.  In recent years, many neighborhoods dominated by row houses have been designated historic districts which will forever protect this DC housing stock.