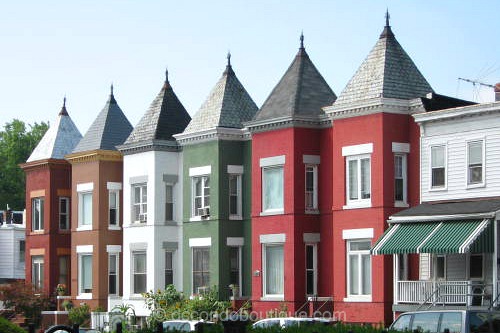 Columbia Heights is DC’s most dense urban neighborhood and its housing includes a significant number of condo developments as well as many streets lined with rowhouses.  Many of the east-west running named alphabetically named streets in Columbia Heights feature late 19th and early 20th century row houses that were developed with the expansion of DC’s streetcar system.  Today, row houses throughout Columbia Heights are being renovated and restored.