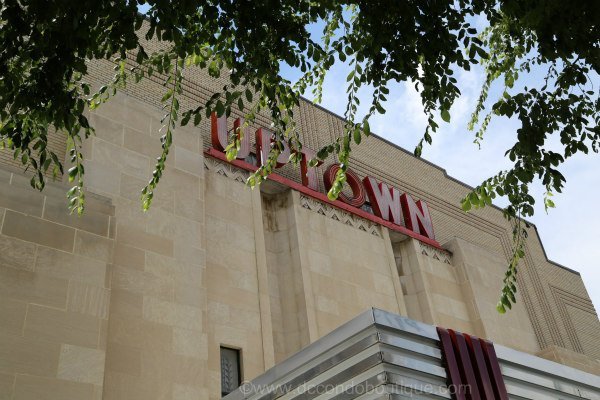 Cleveland Park is a neighborhood in the Northwest Quadrant of Washington, DC named for President Grover Cleveland who owned a summer estate in the area.  The neighborhood developed following the installation of a street car line in the early 1890s.  Many of Cleveland Park's beautiful tree-lined streets are lined with a wonderful mix of bungalow and craftsman style homes.

Cleveland Park is bounded by Wisconsin and Idaho Avenues to the west, Rodman and Tilden Street to the north, Rock Creek Park to the east and Klingle and Woodley Roads to the south.

$399,900
Neighborhood: Cleveland Park
3000 Tilden St NW #103I
Washington, DC 20008
2
Beds
1
Baths
1,140
Sq.Ft.
1928
Year Built
8
Days on Site
DCDC2070440
MLS
Fantastic opportunity to live in The Historic Tilden Gardens. Lovely views from all eleven windows! The apt has been freshly painted and is ready for the new owner to make it their own. The price...
Compass
From Our Blog - Cleveland Park
Cleveland Park’s Hidden Historic District

Showcasing decades of growth and development, Cleveland Park’s hidden historic district presents a full range of homes and buildings, some of which can be dated back to the late 1800s and ... Read more about Cleveland Park’s Hidden Historic District

DC neighborhoods each hold their own interesting attributes, but have you ever wondered what the neighborhood you choose to live in has to say about you? Obviously, neighborhoods and communities are ... Read more about What Your DC Neighborhood Says About You

As one of the largest co-op apartment complexes in DC, Tilden Gardens sits on five-acres of land in the Cleveland Park neighborhood. The largest building of its kind until the Watergate complex ... Read more about Tilden Gardens: Venerable Northwest Co-ops

Perhaps the greenest complex in town, Tilden Gardens truly lives up to its name. Set in DC’s Cleveland Park neighborhood, the property consists of a full three acres of landscaped ... Read more about Tilden Gardens: The Greenest Complex in Town

One of Cleveland Park’s most elegant residential buildings, The Broadmoor still evokes luxury living along Connecticut Avenue, nearly 100 years from its beginning. First constructed in the ... Read more about The Broadmoor: Cleveland Park Best Addresses