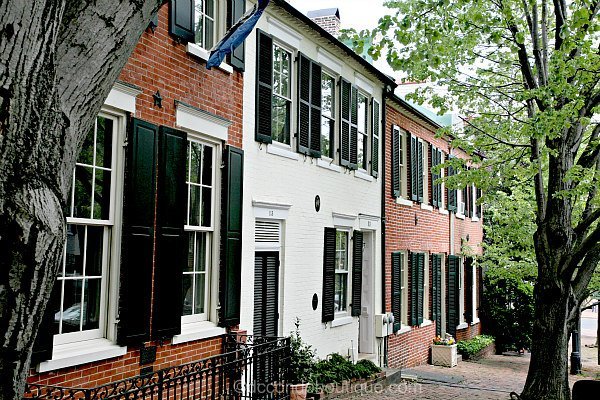 The 100 block of Prince Street between S Union Street and S Lee Street is known as Captain's Row.  This block draws its name from the sea captains who docked their ships at the Alexandria wharves and built their Federal-period row homes on this block of Prince Street. The cobble stone paved street replicates the way the street was paved by Hessian Soldiers taken prisoner in the Revolutionary War.