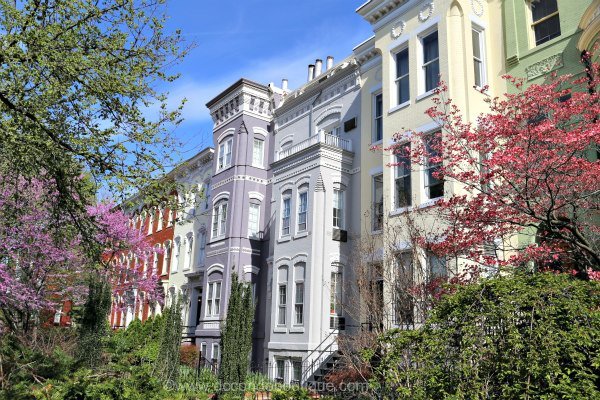 Capitol Hill is an historic neighborhood located in the Southeast and Northeast quadrants of Washington, DC.  About 35,000 Washingtonians make their home in the two square miles of the  Capitol Hill neighborhood.

Government landmarks on Capitol Hill include the United States Capitol, the Senate and House Office Buildings, the Supreme Court, the Library of Congress, the Congressional Cemetery, Washington Navy Yard, and the US Marine Barracks.  Neighborhood landmarks include Eastern Market, the oldest working public market in DC, Union Station and Lincoln Park.

The architecture of Capitol Hill is dominated by row houses constructed during the Federal and Victorian Periods in a variety of styles including Richardsonian, Queen Anne, and Beaux Arts. Historic single-family homes are sprinkled throughout the neighborhood amongst more recent upscale condo projects.

You may have heard the name Jenkins Hill when referring to the location of the Capitol, but where did the name come from? It turns out, no one really knows for sure. According to the history books, ... Read more about Creating Capitol Hill: The History Behind Jenkins Hill

There’s no doubt DC is packed with history, but that history actually dates back millions of years. Obviously, you won’t find dinosaurs in the area anymore, but you will find some ... Read more about Dinosaur Signs in DC?