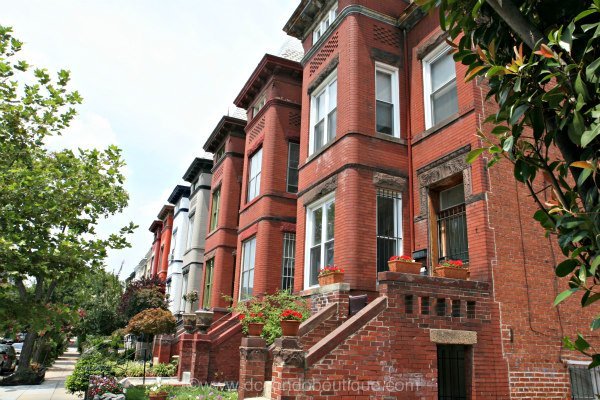 Bloomingdale is a neighborhood in the northwest quadrant of Washington DC that developed in the late 18th and early 19th centuries as a result of the expansion of DC's trolley lines northward from the city center.  The neighborhood was developed on former estates many of which were formerly orchards.  Bloomingdale is comprised of five sub-divisions: Ledroit Park Addition; Dobbins Addition; Moore & Barbours Addition; LeDroit Park and Bloomingdale.

Bloomingdale is home to many of DC's Victorian-era row houses constructed by notable developers including Harry Wardman, Francis Blundon and S. H . Meyers.  The neighborhood has garnered significant interest and has attracted many new property owners who are revitalizing the neighborhoods residential housing stock.

Bloomingdale is bounded by 2nd Street to the west, Bryant Place and Channing Street to the north, North Capital Street to the east and Florida Avenue to the south.  DC neighborhoods bordering Bloomingdale include Edgewood, Eckington, Truxton Circle, Shaw, Ledroit Park and Pleasant Plains.

Bloomingdale Homes And Condos For Sale

While some DC neighborhoods began as a play on words, others were named after locations and even people. It’s a similar story when it comes to the origins of the name Bloomingdale. The small ... Read more about How Did Bloomingdale Get Its Name?

The flipping of homes is booming in the DC area, according to a report by RealtyTrac.  While flipping homes once may have had a somewhat negative impression by the public, it is now being welcomed ... Read more about DC Region 4th Nationally for Home Flips

In a city short of vacant land, the adaptive re-use of obsolete buildings has become the norm for developers.  One of the best transformations in recent years is the Parker Flats at Gage School ... Read more about Parker Flats: Loft Condos in a DC Schoolhouse