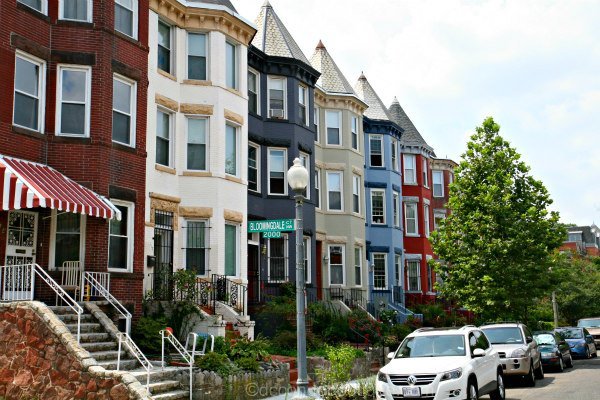 Bloomingdale’s housing is dominated by rowhouses and the streets running between North Capitol and 2nd St NW are home to some of DC’s finest blocks of row houses.  Many blocks remain intact with late 19th and early 20th century homes on both sides of these residential tree-lined streets.  Bloomingdale developed as a street-car suburb and many prominent developers including Harry Wardman, Francis Blundon and S. H. Meyers had a hand in building houses here.