Why Furry Friends Fawn Over Fairlington 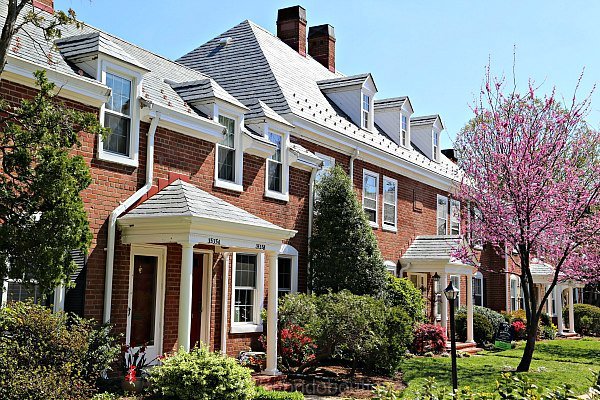 It’s not just people who enjoy living in Fairlington. It seems some of the neighborhood’s furry friends and neighbors just can’t get enough of this Arlington neighborhood.

A great place for pets and their owners, Fairlington is home to Utah Dog Park. The fully fenced park has a dog run, which is a favorite destination of pets in the neighborhood.

The dog park offers dog bowls and fountains, plus bags for owners to clean up afterwards. Outside of the park, the pet-friendly neighborhood is a good place to go for a stroll with man’s best friend, too.

This self-contained neighborhood was first developed during the 1940s as a rental community. Homes were built to provide temporary housing for defense workers during WWII.

Fairlington soon became the largest defense housing project in the entire nation with nearly 3,500 apartments. The mostly brick residential buildings of Fairlington were grouped together to make U-shaped courtyards.

Originally called Seminary Heights, the name was later changed to prevent any confusion with other nearby neighborhoods. Fairlington came about from the combination of Fairfax and Arlington.

When the war was over, the residential properties in Fairlington were sold off, and rented out as apartments. After a few decades, some of the apartments in Fairlington became condos, creating Virginia’s largest condominium community.

While you won’t find any single-family homes in the neighborhood, residents of Fairlington do have access to swimming pools, basketball courts, tennis courts, walking trails and tot lots. The playgrounds prove to be a popular destination for families, plus the Fairlington Community Center provides a gymnasium, multipurpose rooms, art studios and special programming.