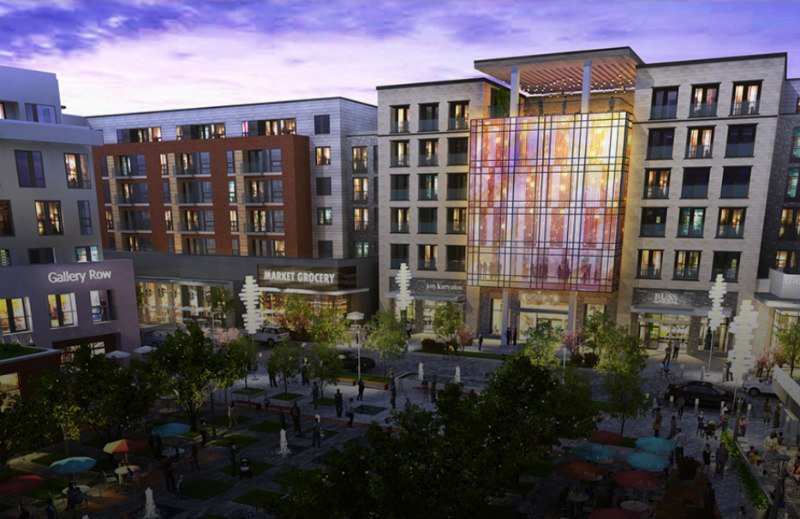 A new Whole Foods market is headed to Parks at Walter Reed. The grocer recently signed a lease to go in as part of a massive redevelopment of the old Walter Reed campus.

While Whole Foods is just a portion of that redevelopment plan, it is sure to be a major tenant that draws in other prospective businesses, residents and visitors to this part of the district. The grocery store will anchor the project’s third phase of development, which is set to include hundreds of new apartments topping retail space, including the Whole Foods store.

The Hartley building should break ground sometime early this year and be delivered in about 24 months. It’s just one part, however, of a much larger, multi-phase redevelopment project.

The northwest DC site will eventually be transformed with thousands of new residential units and hundreds of hotel rooms. It is also set to offer office space, retail space, medical space, and two charter schools.

Eventually, full build-out of the property also promises to bring some cultural and artistic space, as well as several acres of open space for residents, workers and visitors to enjoy. The very first residents of Parks at Walter Reed moved in a few months ago.

Meanwhile, hundreds of new apartments and condos remain in the works. Crews are also busy constructing new retail space. A new pediatric research center at the site should open sometime this year.

As for Whole Foods, The Walter Reed location makes DC’s seventh store location. Another location is expected to open in Shaw this year, while two more opened up on H Street and in the Capitol Riverfront neighborhood a few years ago.

Of course, Amazon, the parent company of Whole Foods, has some big plans of its own, with construction set to begin soon for its future HQ2 campus in National Landing.