Where to Shop and Play at The Wharf 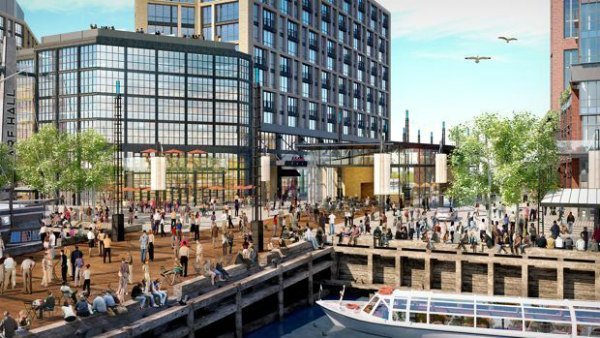 While still under development, the thrilling new destination of The Wharf is quickly emerging as one of the DC area’s most impressive new developments, with an array of shopping and dining options coming soon. This exciting new waterfront location is set to supply a vibrant collection of retailers and restaurants in 2017, offering residents and visitors the opportunity to experience some of Washington’s most impressive new options.

At least 20 new restaurants are in the works, with locally inspired concepts replacing nationally known options that you would commonly find in other cities and destinations. With the first locations set to open in fall of 2017, many of the bars and restaurants are expected to be locally owned, while others will be out-of-town eateries, still unique to the area.

So far, plans include Requin, described as a French-Mediterranean seafood eatery plus another two-story location named Del Mar, specializing in Spanish seafood in an upscale casual setting. Other options for diners will include Hank’s on the Water, an oyster bar with three other existing locations, as well as the competing destination of Rappahannock Oyster Bar, set to go in on the other side of The Wharf.

Yet another establishment planning to move into the area is Potomac Distilling Company. This rum distillery will be part of a two-story tavern. Other options sure to entice visitors will include Dolcezza Gelato, featuring locally sourced ingredients and old-world style gelato, and Taylor Gourmet, known for its Philly-style hoagies, joined by live music at locations such as Kirwan’s Irish Pub.

A shopping and dining experience for all ages, the mixed-used development of The Wharf will include an eclectic mix of stores and businesses, catering to a large variety of visitors. While a CVS pharmacy is in the plans, so is the family-owned District Hardware and Bike, with even more options in the planning stages, giving residents and visitors a unique experience within one of the DC area’s most thrilling new locations.

Condos For Sale At The Wharf

Condos For Sale at The Wharf 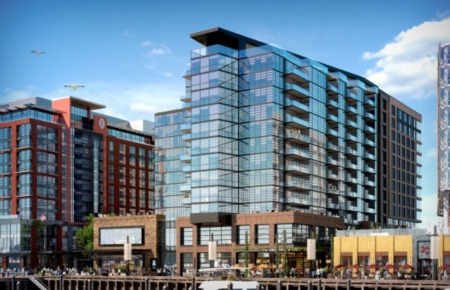