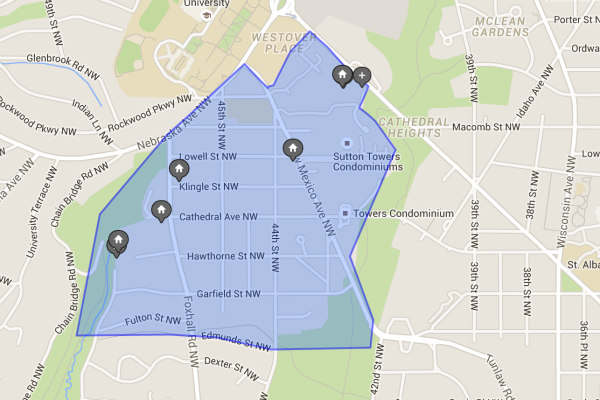 Sophisticated yet peaceful, Wesley Heights emerges as one of Northwest Washington’s premiere cosmopolitan family neighborhoods. A perfect blend of suburban and city living, the community now includes an interesting mix of older homes and newer styles.

Originally built up in the 1920s and 1930s as one of the earliest planned neighborhoods in the nation, complete with a community clubhouse and streetcar, Wesley Heights is now lined with tall trees, sidewalks and surrounded by the running, biking and hiking trails of nearby Glover Archbold Park and Battery Kemble Park. As well, the neighborhood is simply a short stroll away from the various shops and dining options of New Mexico Avenue.

The area bounded by Glover Archbold Park in the south, Nebraska Avenue in the north, Battery Kemble Park in the west and New Mexico Avenue in the east, is also serviced by two transit lines. In addition, the area sits a mere 15 minutes away from Downtown Washington via private vehicle.

Priced commonly from around the $700,000s to nearly $4 million, there are also some homes priced at more than $14 million. In addition, the Wesley Heights area does offer some condos and co-ops starting in the high $100,000s, providing for a large number of options for new homebuyers to choose from.

Popular with families, the neighborhood elementary school is often filled with parents and kids playing on the weekends, while at the same time the overall community sits within an easy walk or metro stop of enjoying all that the larger city has to offer. 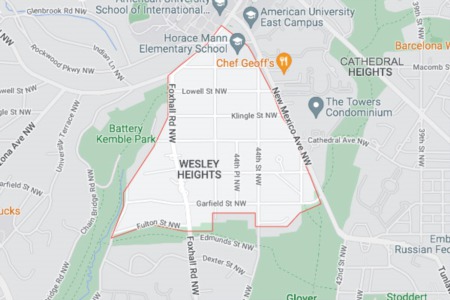 Long considered one of DC’s most peaceful neighborhoods, Wesley Heights is even more tranquil these days, following a ban on leaf blowers. The ...Read More 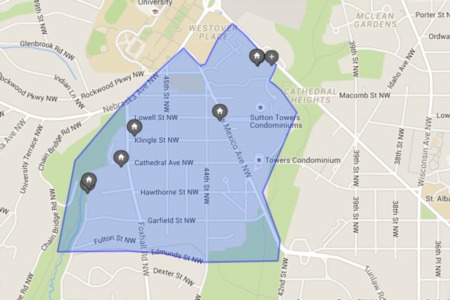 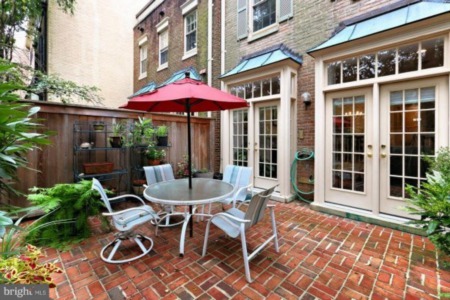