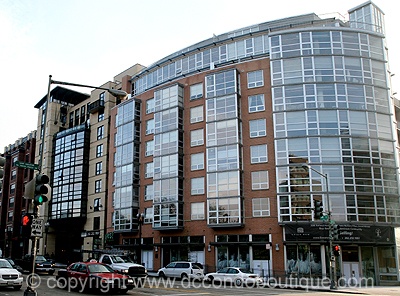 When developer PN Hoffman originally delivered Union Row in 2007, the project was one of the quickest ever new construction projects in the District to sell out.  With very few loft-style developments that measure up, Union Row continues to record very quick sales when units come on the market.  Buyers are attracted to the the industrial feel of the project as well as the interesting floor plans, none of which feel like they were laid out in a cookie cutter fashion.  The innovative way that PN Hoffman revitalized two former automobile warehouses by creating an interior courtyard and between the two parallel buildings creates an intimate respite in the midst of the bustling 14th Street Corridor.

The location of Union Row on 14th Street between W Street and V Street is among the most sought after spots in the District.  The vast array of venues of both Logan Circle and the U Street Corridor are literally at your doorstep.  The Flats at Union Row was developed with ground floor retail and residents enjoy the convenience of Eatonville, Yes! Organic and a CVS.  The U Street Metro is located a block southeast of Union Row and the development also has underground parking, a rarity at many of the industrial-loft developments in this neighborhood.

Currently, there is on unit on the market at Union Row, a 1 BR / 1 BA / 700 SF unit at the Flats listed by TTR Sotheby's International Realty for $474,900.  Here is resource to learn more about this development and view active Union Row real estate listings. 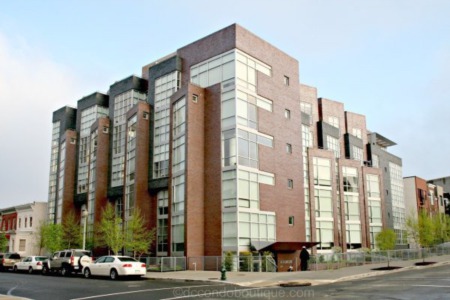 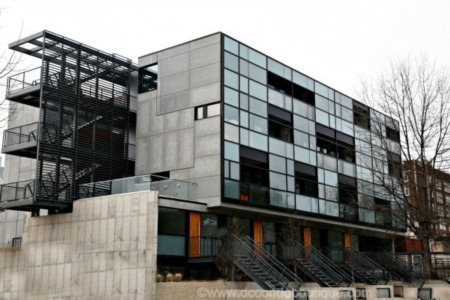