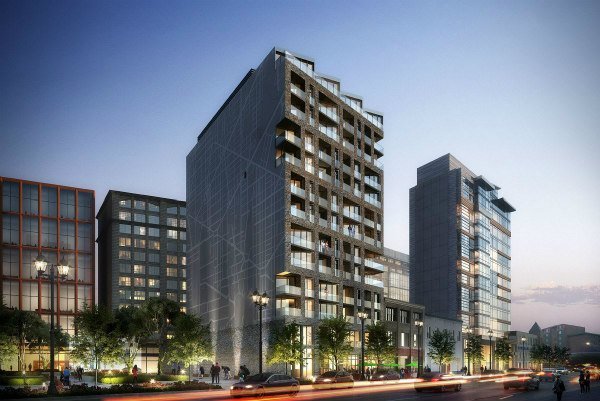 A brand-new condo building is now open to buyers in NoMa. Tribeca brings the addition of nearly 100 new condos opportunities to the neighborhood.  Rising up 13-stories above its surroundings, Tribeca offers your choice of a one- or two-bedroom condo. Priced starting in the $400,000s, the building offers the advantage of new construction in a great location.

Located along N Street NE, between First Street and N Capitol Street, the building sits less than two blocks from the closest Metro Station. It is also close enough to area grocery stores such as Trader Joe’s and a Harris Teeter, as well as many more options in the NoMa neighborhood, including coffee shops and retailers.

It’s just one of the latest additions to a neighborhood that is rapidly bring in new construction residential and commercial buildings. In particular, the large-scale residential development of Tribeca fills the need for multi-family, for-sale units in an area that has traditionally included mostly rentals.

Formerly an industrial area, developers have invested billions in the NoMa neighborhood in recent years, resulting in millions of square feet of residential, retail, office and hotel space. Thousands of people already live in NoMa, and tens of thousands work in the neighborhood.

This hip neighborhood also offers the advantage of sitting conveniently close to some of DC’s other most desirable neighborhoods, including the H Street Corridor, Capitol Hill and Shaw. Crews officially broke ground on Tribeca last fall.

The new residential building takes the place of a former auto repair shop that once stood on the site. Potential buyers are now beginning to learn more about Tribeca and its offerings.

Along with its already mentioned location and its design, the building will also have its own fitness center and possibilities exist for on-site parking. Other amenities including a rooftop deck and a club room.