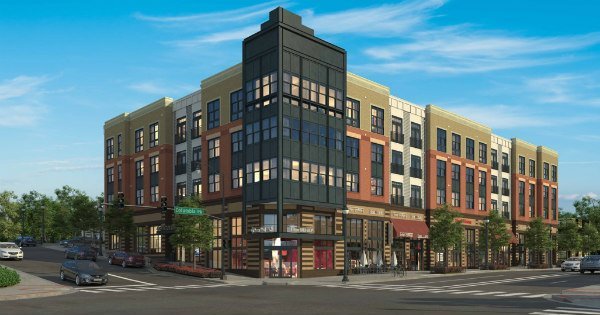 Upscale, affordable living comes to South Arlington with the introduction of the Trafalgar Flats. Under construction right now, the condos went up for sale last fall, bringing the option of new construction residences to the area.

The contemporary-style building promises nearly 80 individual condos when complete, competitively priced to lure new residents to South Arlington. Priced starting from the $200,000s, a number of the condos with Trafalgar Flats are junior one-bedroom units with around 500 square feet of living space. That’s extremely affordable for the area, where traditionally condos are priced upwards of $300,000.

In addition, a major selling point of the property appears to be its low condo fees, also on the more affordable end of the scale for South Arlington. The property certainly doesn’t skimp on its amenities, though, planning to deliver its new residents a host of on-site luxuries.

All residents of the Trafalgar Flats are soon to be treated to community amenities ranging from an outdoor plaza, complete with a fire pit and seating, to a large clubroom and fitness center. As well, the property boasts bike storage and ground level retail space. In addition, the development will also offer underground parking and the ease of nearby public transportation.

The Trafalgar Flats condos feature such upscale finishes as quart countertops and stainless steel appliances, as well as large windows, allowing for plenty of natural light to flow through the homes. Found near South Buchanan Street and Columbia Pike, the location of the condos is simply a short block away from popular Four Mile Run Park, in addition to sitting a short distance from additional retailers, including a planned grocery store, expected to open in 2019.