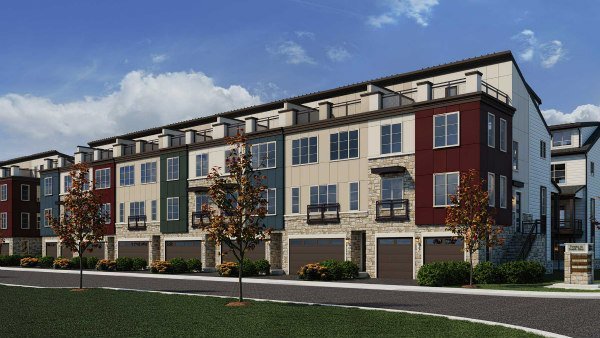 New luxury townhomes are now selling in South Alexandria. The Towns at South Alex is part of a mixed-use development made up of four-level townhomes with a rooftop terrace and a two-car garage.

The Glendale floor plan provides from 2,400 to more than 2,700 square feet of living space. The townhome enjoys four-bedrooms, three full baths and two half baths. Buyers also have the option of a deck, plus the townhome includes space for a morning room on its main living level and a rec room on the garage level.

Luxury features include crown molding and base molding, plus engineered hardwoods. You’ll also find some high ceilings and a home automation system. Other desirable additions with the new Towns at South Alex townhomes include quartz countertops, stainless steel appliances and maple cabinetry.

The townhomes are part of a much larger development at the site including not only the 41 new townhomes, but also the addition of hundreds of new apartments and tens of thousands of square feet of retail space. The retail development at the site will be anchored by a new Aldi grocery store. Previously a Fresh Market had been slated to go into the spot, but its since been replaced by Aldi.

South Alex, which includes the Towns at South Alex, is the first such mixed-use development to come to the Penn Daw area. It’s found at the intersection of Richmond Highway and North Kings Highway.

The development is just a short drive from Old Town and a short walk from the nearest Metro station. As well, the townhomes sit close to some of the area’s largest employers and close to area bike trails for added convenience. In addition, several major retailers are located not far from the new townhomes, as are restaurants, schools and some area parks.

Inquire for Additional Information About Towns at South Alex