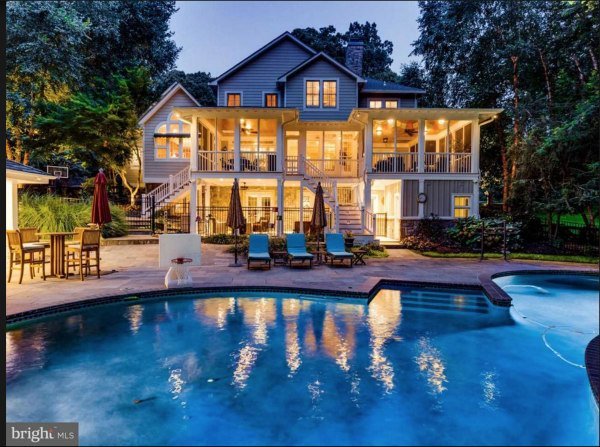 The six-bedroom, eight-bath home is currently listed at $2.25 million. Reirden purchased the home just two years ago, but during that time reportedly made several upgrades to the property.

Originally built in the late 1990s, the large estate is ready for living and entertaining. The lower level of the home includes a temperature-controlled wine cellar, a bar, a sound system and some flexible space for the new owner.

Other highlights of the home include its owner’s suite with a sound system, built-in cabinetry, a separate soaking tub and a generously sized sitting room. The home also features an in-law suite and a game room, along with the convenience and storage possibilities of a three-car garage.

The outside of the home is just as impressive. The more than two-acre property additionally features a heated swimming pool, cabana and an outdoor kitchen and bar. As well, you’ll also find the addition of a 1,000 square foot, screened-in porch.

The fully fenced property additionally offers a playground, a circular drive and some impressive landscaping. Of course, the highlights certainly don’t end there.

In addition to some of its more upscale features and finishes, the home’s convenience is sure to be a big selling point. The property sits within just a few minutes of several major roadways in the area, and it’s only about 15 minutes away from the National Mall.

Prior to Reirden, the sprawling Falls Church home was previously owned by a local radio personality.