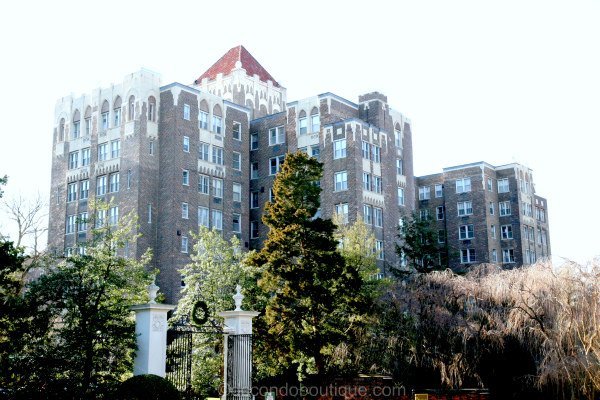 Elegantly perched high atop one of the city’s highest points, The Westchester presents a grand lifestyle. This historic DC cooperative was originally constructed in the early 1930s. The former home of US congressmen, judges and senators, the property is now part of DC’s Best Addresses.

Originally planned for eight buildings, only five buildings went up. Never the less this still made it Washington’s largest luxury apartment house of its time. Now decades later, more than 500 apartments grace the five buildings of this fully owned cooperative complex.

Elegant residential options here range from studios to four-bedroom units. Some of the graciously designed apartments include such grand features as 12-foot ceilings and sunken living rooms.

You’ll still also find some features dating back generations. An old Beech tree stands in the same spot it has for well more than a century, while pillars and gates date back to a World War II-era English estate. The surroundings are just as impressive, with a full 10-acres of meticulously landscaped property, including a multi-level sunken garden.

Residential amenity options range from the fitness center and valet to abundant on-site parking. While the property is not pet friendly you will find guest suites, plus the unique addition of a dining room.

Other luxuries in this highly maintained co-op include a salon and barbershop on the property, plus a library and even a grocery store. Along with all of this, residents also enjoy a number of planned activities, including specialized children’s programming, a speaker series and a concert series.

This majestic property sits just a short walk away from multiple options too, including neighboring Georgetown and Glover Park. Part of Northwest DC, residents are easily able to reach local shops, dining and grocery stores. In addition, you’ll find bus stops right out front, plus Metro stops just a short distance away from The Westchester.

With nearly everything you want and need either an on-site amenity already or within walking distance of its residences, The Westchester seems to ...Read More 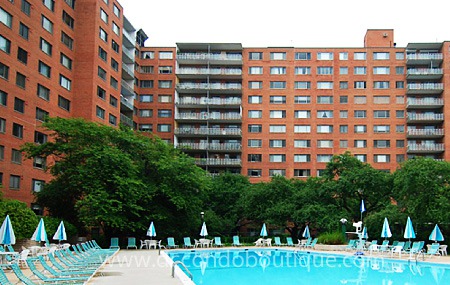 The Towers is One of DC’s Most Distinctive Addresses

Considered one of Goode’s Best Addresses, The Towers is certainly one of DC’s most distinctive properties. While close enough to ...Read More 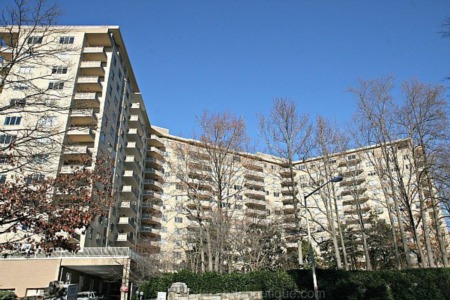