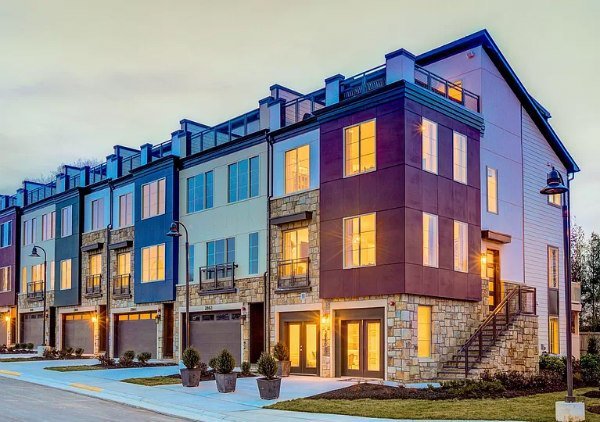 Large townhomes in a desirable setting are just two of the reasons to move to The Towns at South Alex. Located in South Alexandria, the development features around 40 new construction townhomes in an up-and-coming area.

The new residences offer at least 2,400 square feet of living space in a four-bedroom design. Generally priced from the $700,000s, the four-level townhomes also come with a two-car garage and a rooftop terrace.

Part of a much larger mixed-use development, the property makes it easy to live, work and play all in one location. A short walk from the closest Metro station, the property is extremely convenient when it comes to reaching one of the existing and proposed nearby shops and restaurants in the area.

While several major retailers already sit close to the new townhomes, developers are in the process of adding in thousands of additional square feet of retail space to the area. The urban townhomes are just one part of the much larger development.

Eventually plans call for not just the new condos but hundreds of apartment and tens of thousands of square feet of retail space. Once the site of a shopping center, the large new development sits near the intersection of Richmond Highway and Kings Highway in Alexandria.

The location makes it easy for future residents of Towns at South Alex to visit area dog parks and enjoy nearby green space. The development is also simply a short drive away from Old Town Alexandria.  For extra convenience, the property is an easy distance from major employers including those in Downtown DC, Tysons Corner, the Pentagon and the new Amazon HQ2.