The Skyline Coming to Columbia Heights 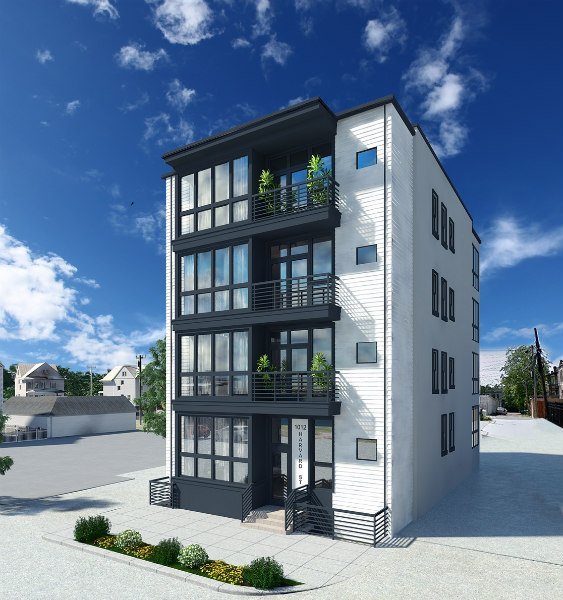 New, modernly appointed condos are coming to Columbia Heights with the addition of The Skyline later this year. The building’s developer broke ground back in spring with plans to construct a total of 10 condominium units, two being penthouse units with their own private rooftop terraces.

Located at 1012 Harvard Street NW, condos of The Skyline are set to be priced from around the mid $400,000s to high $600,000s and include some non-traditional finishes. Developer S2 Development signed on the same design team for The Skyline that was responsible for the Huntress Coal Oil condos in Shaw.

Each unit within the new building will offer custom cabinetry, designed by the co-owner of U Street vintage furniture store GoodWood, plus a concrete kitchen backsplash, quartz countertops in the kitchen and baths and a soaking tub and frameless glass shower. In addition, the homes will come complete with wide plank oak flooring and tile, plus a washer and dryer and name brand appliances. The condos will also feature floor-to-ceiling windows for an influx of natural light. On-site parking will be available for a separate cost to those living within The Skyline.

Other residential units tied to the same team include a project in the H Street Corridor, replacing an old abandoned church with two floors of retail topped by nine condos. Additionally, eight more condos are planned near the border of Truxton Circle and Bloomingdale, while just east of the H Street Corridor the design phase is underway for more than 30 units on Benning Road.