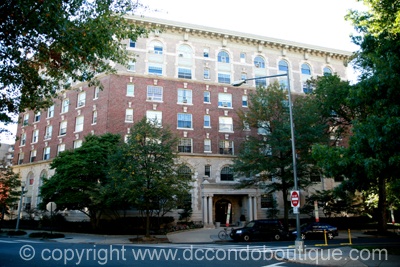 The rich history of the Northumberland cooperative building oozes splendor and has housed many from Washington’s political and financial elite, not to mention the building has appeared in three Hollywood blockbuster films.  The Northumberland is one of the Best Addresses in the Dupont Circle neighborhood located at 2039 New Hampshire Avenue, NW.

The Classical Revival building was constructed in 1910 by the famous local developer Harry Wardman and architect Albert H. Beers.  A fine example of Washington architecture, the Northumberland is currently on the National Register of Historic Places.  The Northumberland sits on a unique, irregularly shaped lot and has an eclectic classical façade but blends harmoniously with the buildings in the neighborhood and adds richness to the New Hampshire Avenue streetscape between 16th Street and Florida Avenue.

The regal Northumberland originally opened as a luxury apartment building and home to many prominent folks from DC’s High Society including members of congress, judges and well-known wealthy DC elite.  The building was turned into a cooperative in 1920 and remains the oldest, continuously self-managed building in the city.  The building was once at the center of Washington’s social scene, and included such amenities as a restaurant.

Active Listings At The Northumberland:

The Northumberland Cooperatives For Sale

Try a new search, or click below to get notified when matching listings become available. 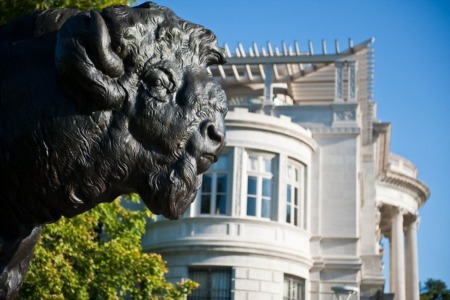 The History Behind the “Buffalo Bridge” in Georgetown

Photo: Bob ?You may not think much about it as you drive over or under Georgetown’s “Buffalo Bridge”, but the bridge ...Read More