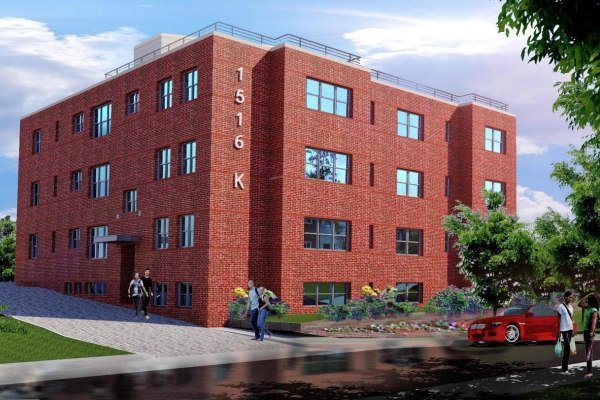 For affordable luxury in Hill East, consider The McCoy condos. Built on the site of a former Baptist church, The McCoy takes its name from the church’s long-time pastor.

Now home to 14 individual units, The McCoy consists of mostly one- and two-bedroom condos, generally ranging from around 680 to 720 square feet of living space.

While the open one-bedrooms come with a kitchen breakfast bar and a center island, the two-bedroom floor plans include a galley-style kitchen that makes for a more efficient floor plan.

Some of the one-bedroom plans also come with a den that can easily be utilized as a home office. While some units of The McCoy include river views, others overlook nearby rooftops and buildings in the surrounding neighborhood.

Each unit in The McCoy also comes with stainless steel appliances, white wood cabinetry, quartz countertops and hardwood flooring. As well, you’ll find a stacked washer and dryer in each unit for added convenience, as well as some large closet space.

Residents of The McCoy additionally enjoy some shared rooftop access for socializing with friends and neighbors while overlooking the river below. The property sits within walking distance of a grocery store and a Metro station.

It’s also close to the shops, bars and restaurants of Barrack’s Row. In addition, The McCoy is within walking distance of Navy Yard and Eastern Market.

Close to the Anacostia River too, the newer construction condos are said to be relatively more affordable than some others nearby. The developer planned it this way to make the condos attainable for entry-level buyers.

The idea was to make the condos closer in price, or even less expensive, than nearby rental properties. The majority of condos in the building were originally priced to sell in the $300,000s and $400,000s. Owners are also responsible for paying a monthly condo fee.