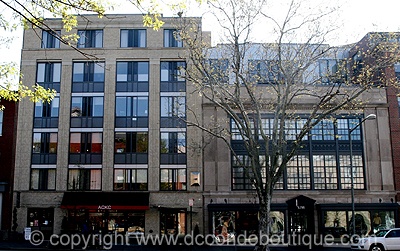 While it doesn't always get the recognition of some of its neighbors on the 1400 block of Church Street, The Matrix definitely deserves a seat at the table of awesome Logan developments.  The Matrix shares its heritage with Lofts 14 and Lofts 14 Two, previously serving as a car dealership for the first half of the 20th century along DC's famed Auto Row.  The Matrix building housed a Nash dealership and the Matrix developers originally called the project the Phaeton as a tribute to this popular Nash touring sedan.

The marrying of an early 20th century industrial building with modern finishes at the Matrix creates a truly unique and cosmopolitan living experience.  Original concrete high ceilings, exposed ductwork and concrete block showroom walls add significant period character to the Matrix units.  Modern finishes including maple floors, seven-foot solid wood entrance doors and Italian cabinetry provide a cosmopolitan feel to these condos.  Many of the Matrix floor plans also include private outdoor space, some of which are great for people watching on 14th Street.

The Matrix common amenities include a contemporary lobby and rooftop terrace with great neighborhood views.  The ground floor of the Matrix is retail and home to the wildly popular ACKC which serves up the three primary food groups for urbanites on the go: coffee; chocolate and wine! 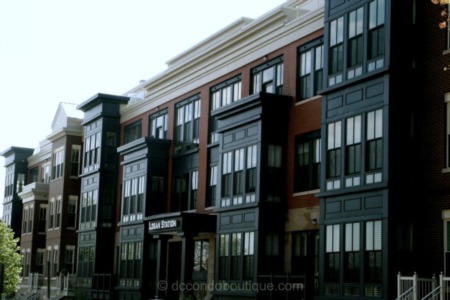