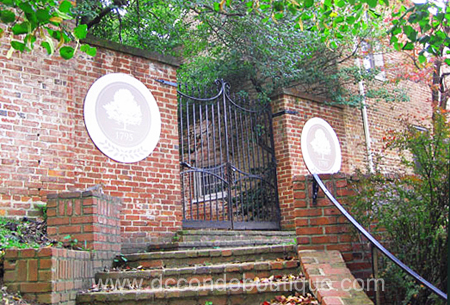 Two years after Washington, DC ‘s Historic Preservation Review Board approved final plans for restoration of The Maples, new construction work has begun on the landmark Capitol Hill site.  Altus Realty Partners is renovating the historic home known as the Friendship House, and The Maples on Capitol Hill as well as creating a multi-unit structure building and 3 new row houses alongside the home.

Twenty new condo units with 1-3 bedrooms and underground parking at 619 D Street, SE, will be delivered by Winter 2014.  Priced from the $400s to $1.65 million, the units will include flats, duplexes, and townhomes, featuring open views to and from the historic house across the considerable front lawn, and high-end finishes inside each condo.

The Maples will also feature direct entry elevator access from underground private parking for each residence.  Plans are for 20 residential units, which will be located in the renovated existing building and 4 new, connected structures on the site.    The original main house and stable were built in 1795 and later the house was used as a hospital for wounded soldiers during the War of 1812 and was purchased by Francis Scott Key in 1815, and subsequent ownership followed by other Washington dignitaries.

Here is a resource to learn more about The Maples.