The Capitol Riverfront Has Momentum 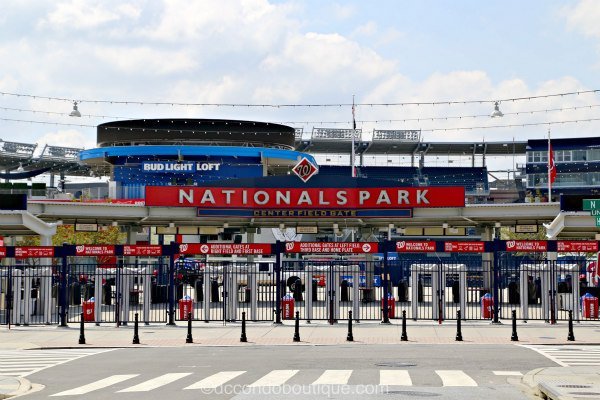 With new restaurants, bars, condos and a ballpark, the Capitol Riverfront definitely has momentum. Set between Capitol Hill and the Anacostia River, the former industrial area is in the midst of a major transformation, as it changes over to an expanded, mixed-use neighborhood.

Nationals Park is just one piece of the booming area. In all, the growing neighborhood aims to bring in thousands of new apartments and condos, plus new office space, retail space, grocery stores, shops, restaurants and hotel rooms.

The goal is to create not only an urban neighborhood and waterfront destination, but also to bring a newly expanded entertainment district and business center to the area. The Capitol Riverfront recently welcomed a new sports bar just across the street from the ballpark. You’ll also find apartments and a new Mexican restaurant in the neighboring building.

Other nearby options include a bistro and cocktail bar, which opened up just a block away, a couple of nearby pizza shops, plus a list of others that have just opened or are scheduled soon. That’s in addition to a new Whole Foods Market in the neighborhood, retailers like Lululemon, a nail bar and fitness studio, plus a boxing club and a pet care facility.

As for new residential options, The Bower condos delivered this past winter, plus new residents began moving in to Novel South Capitol apartments and the new Emblem at Barracks Row condos. Anticipation is also building for the new eNvy condos, with the distinction of residential units looking right out over Nats Park. Several other nearby multi-family buildings are also under construction in the surrounding area.

The new retail, restaurant and residential space is topped off by new office space. Neighborhood buildings provide space for the DC Water and Sewer Authority, the DC Department of Transportation and the headquarters for the National Association of Broadcasters, among others.