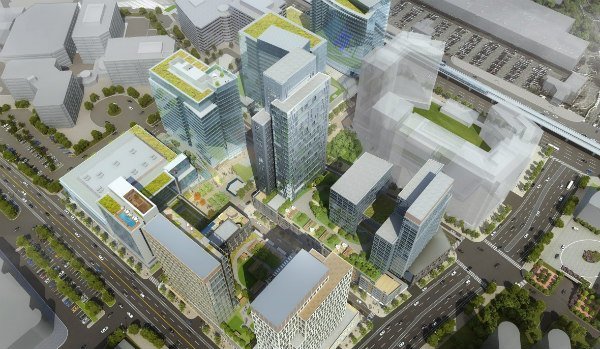 A highly-anticipated new mixed-use development is starting to take shape in Tysons Corner. Dubbed “The Boro”, the multi-phase development aims to bring housing, office space, retail and entertainment to one vibrant and convenient location.

Set upon the highest spot in Tysons Corner, developers of The Boro first broke ground just a couple of years ago, signing on such big retail anchor tenants as ShowPlace Icon Theater and a Whole Foods. Just recently, though, the developer released details on some of the other new retailers and restaurants coming to the area.

This includes some coffee shops, fast-casual chains and even some sit-down restaurants. Businesses slated to open at the site next year include two restaurants opening up for the first time in Northern Virginia, including an Italian restaurant and a taco shop.

There’s also a restaurant serving up salads and wraps on the list, plus a hoagie chain and a food truck business opening up its first traditional location. Other new tenants just announced include a dry-cleaning service and a vision care center.

The new Verse condos in The Boro will additionally soon offer upscale residential selections including one-bedroom, two-bedroom and even three-bedroom floor plans. The 25-story building will eventually be home to 140 private residences, some with the inclusion of desirable outdoor terraces.

Planned amenities of the building include 24-hour concierge service, an entertainment lounge and an outdoor kitchen. As well, the property will also boast a fitness center and outdoor Zen terrace, an outdoor swimming pool, a pet spa and a skypark. Modern and sophisticated, the units of Verse are also set to open later in 2019.

When complete, The Boro projects to include 1,500 residential units, nearly two-million square feet of office space, some hotel space plus some retail. That’s on top of the Whole Foods market and the movie theater previously announced. 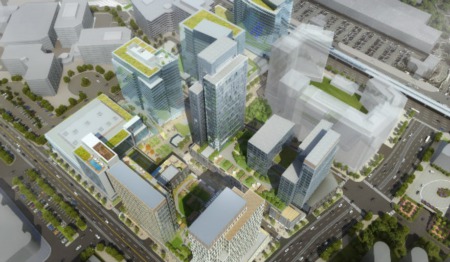