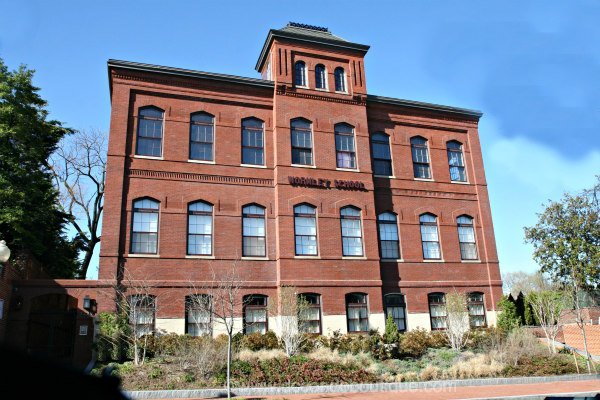 A multi-million dollar Georgetown condo is now off the market. The property, formerly owned by Ted Leonsis, owner of the Washington Capitals and Wizards, reportedly went under contract and sold.  Leonsis had the 2,500 square foot condo on the market for $3.2 million. According to records, he purchased the unit in 2009 for $2.59 million. Along with a multi-million dollar price tag, the property also mandates monthly homeowner’s association dues topping $2,000.

Located within Wormley Row, the property is the conversion project of an old schoolhouse, made into upscale condos and townhomes about a decade ago. The building, itself though, dates back to the late 1800s.

Once known as Wormley School, the property stood vacant for decades before a developer came in to restore the old building and turn it into luxury condos and townhouses. You’ll now find about a dozen private homes within the location, including one-bedroom, two-bedroom and four-bedroom units.

All of the homes start above one-million in price, with the townhomes sometimes priced upwards of four-million. Common features of the townhomes include private elevators, while some units also offer outdoor terraces.

In addition, you will find crown molding, sleek, top-of-the-line appliances and amenities ranging from underground parking to a garden area, complete with trees and benches. As for the high-end property once belonging to the team owner, it offers 11-foot ceilings, custom cabinetry and high-end appliances.

In addition, the two-bedroom condo also provides for an oversized master bedroom dressing area and closet, plus an eat-in kitchen and a large living room with a gas fireplace. Other extras of the pet-friendly property include a walk-in pantry in the kitchen and the inclusion of two underground parking spaces.

The Wormley Row property also boasts a fantastic location. It’s only a few blocks from Wisconsin Avenue and M Street, a major retail hub of the Georgetown area.