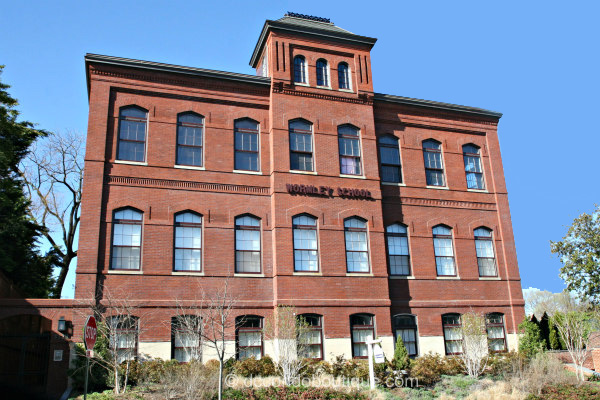 A luxury Georgetown condo is back on the market, this one tied to a major name in the DC area. Ted Leonsis, owner of the Wizards and Washington Capitals, just listed his Wormley Row condo for $3.2 million.

Set within a former schoolhouse, the building was converted over to upscale condos about a decade ago, when Leonsis paid $2.6 million for the two-bedroom unit. With around 2,500 square feet of living space, the condo offers up a large living room and eat-in kitchen, plus a master bedroom, complete with a dressing area and oversized soaking tub. Other features of the home include up to 11-foot ceilings, custom cabinetry and high-end appliances.

The Wormley Row building actually dates back well more than a century. First constructed in the late 1800s as a school, the building is named after prominent African American businessman, James Wormley. First built as a school for black students, the school stayed open until the 1950s when it was used mostly for Board of Education office space.

Fast forward several decades and developers reimagined the building into high-end condos and townhouses, with the old brick building restored into new luxury residential space in the 2000s. The building now houses around a dozen individual homes, starting with one-bedroom, 1.5-bath designs. You’ll also find the option of a four-bedroom floor plan within Wormley Row, with units mostly all priced well above $1 million, with some of the larger units priced in the multi-million dollar range.

Some units of Wormley Row additionally offer outdoor terraces, while the townhouse units feature private elevators and fireplaces. As well, the building includes underground parking and a small community garden area. Perhaps even more desirable, though, the building sits just a few blocks from Georgetown’s popular M Street shops and restaurants, plus close to the Metro and the waterfront.