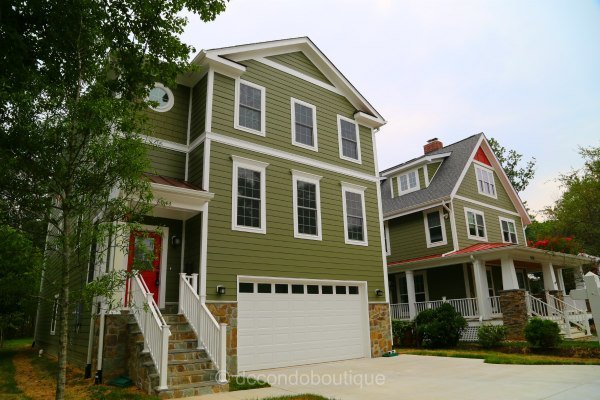 With its tree-lined streets and its Colonial homes, Arlington Forest presents the appeal of the suburbs, and the convenience of easy access to DC. Made up primarily of single-family homes, the neighborhood sits in Arlington, and its known for its mature trees and nearby parkland.

A majority of the hundreds of homes that make up Arlington Forest were built in the late 1930s through the late 1940s by the very same homebuilder. That’s why so many of homes in the neighborhood today work so well together.

Many of the all-brick Colonials you’ll find throughout Arlington Forest are originals, despite the fact that some homeowners have since added on to the homes. Still, the character of the neighborhood remains unspoiled, as it is small enough to offer its residents a true sense of community.

Many area homeowners have lived in the neighborhood for decades, and sometimes even generations. Noted as a family-friendly place to live, Arlington Forest is a designated National Historic District.

You won’t find the same scale of apartments and high-rises in Arlington Forest that you will in other neighboring communities. Instead, you’re treated to plenty of open space and classically designed homes.

The neighborhood offers the appeal of sitting close to Lubber Run Park, which is considered Arlington’s very first public park. This is where you’ll find a community center and an amphitheater, along with plenty of space for outdoor fun and recreation.

The private Arlington Forest Club, in particular, offers space for swimming and tennis within the community. Some neighborhood streets also provide an entrance point to the W&OD bicycle and walking trail. The trail transports area residents to multiple playgrounds, a nature center and other neighboring communities.

Homes for Sale in Arlington Forest

Try a new search, or click below to get notified when matching listings become available.