Sales Launch at The Haven 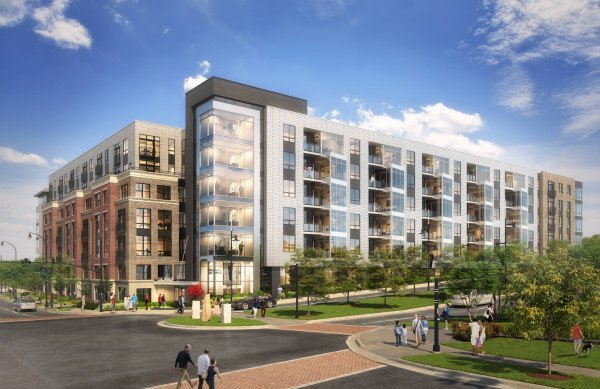 The first potential buyers of a new development at National Harbor will soon get their chance, when sales launch to VIP members at The Haven. The early December launch is expected to provide some competitive pricing on residences such as the two-level lofts with private access and the penthouse units.

During the first sales launch prospective buyers will be able to make appointments to view one of the fully furnished models, as well as view floor plans and new interior renderings of the future homes. This will be followed up by a sales launch to the general public, also coming within just weeks.

Priced starting in the mid $200,000s, The Haven promises to deliver a number of one-, two- and three-bedrooms residences, including a half-dozen two-level lofts. The nearly 250 luxury condos are set to also include an array of upgraded features. The homes are additionally slated to provide massive windows, upscale finishes and the ease of underground parking.

Other amenities of living within The Haven include access to a resort-style swimming pool, a clubroom, yoga room and a fitness center. As well, the complex also includes bike storage and a pet spa, as well as a 24-hour concierge.

The homes will also enjoy the advantage of views overlooking National Harbor, with its dozens of restaurants and stores. In addition, many of the homes are set to provide views overlooking the Potomac River and even the Washington Monument.

Scheduled for a summer 2018 delivery, The Haven is noted as the first new condo development constructed in National Harbor in about ten years. The location is extremely popular already for concerts, entertainment or simply a night out. As well, National Harbor also provides things like paddle boarding and kayaking, while residents living at The Haven additionally will have the opportunity to store a personal watercraft at the nearby National Harbor Marina.