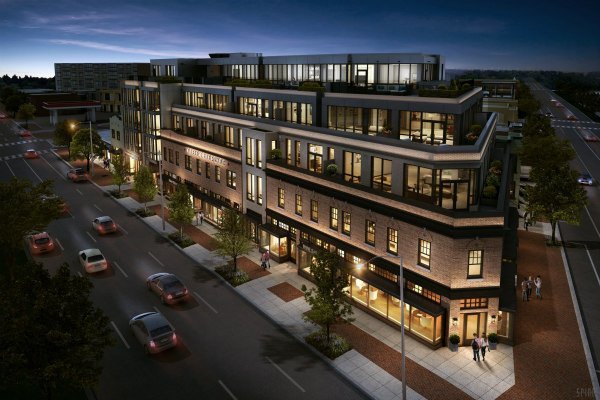 Available condos are going fast at Penn Eleven, as the new luxury development in Capitol Hill nears a sellout. Only a handful of units remain on the market in the building, all of which are move-in ready.

This includes the property’s final penthouse unit, complete with a large terrace and sweeping views overlooking the Capitol and the nearby Washington Monument. In fact, a majority of the condos of Penn Eleven offer the desirability of private outdoor space with built-in gas grills for entertaining.

Remaining units all include large floor plans, with a two-bedroom unit priced starting in the $700,000s. The two-bedroom designs currently on the market all top 1,000 square feet of living space, with some of the listed units substantially larger than that.

The nearly three-dozen condos of Penn Eleven start, however, with a one-bedroom with a den design. There are also some larger units to choose from, including the two-bedroom floor plans or even a penthouse unit.

Standard appointments with the condos of Penn Eleven include wide plank hardwood flooring and quartz countertops. You’ll also find Carrera marble countertops and flooring in the master bath and some units additionally offer your choice of upscale designer appliances.

As for the shared amenities of Penn Eleven, the building offers its residents on-site concierge service, a rooftop terrace with space for grilling and admiring the surrounding views, plus the availability of extra storage space and underground parking.

The amenities only compliment the building’s location. Found right along Pennsylvania Avenue, the condos of Penn Eleven are part of DC’s Capitol Hill neighborhood.

Just steps away from several local restaurants, grocery stores and coffee shops, the condos of Penn Eleven are also close to the Capitol building and they’re close to popular Eastern Market. In addition, the building itself tops the iconic Frager’s Hardware store, plus it also houses a planned restaurant.