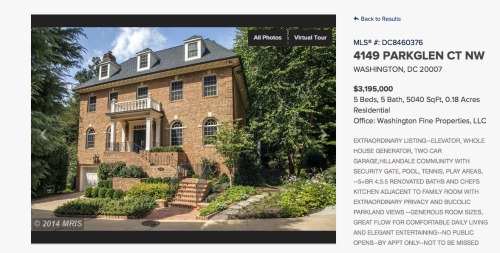 Former NFL Commissioner Paul Tagliabue has put up his Hillandale home for sale at $3.195 million.  This is almost $1 million more than what he paid when he bought it in 2004.  The Hillandale community, northwest of Georgetown, features 268 homes, including row houses, semi-detached homes and single-family homes.  Hillandale is bounded by 39th Street, NW, Reservoir Road, Glover Archbold Park and Whitehaven Park.

The 5 bedroom, 5 bath Colonial has an elevator, chef’s kitchen, and large deck to enjoy parkland views.  The updated home built in 1995 is located at 4149 Parkglen Court, NW, and shares a Georgetown zip code.  Hillandale is a 42-acre gated luxury community with a swimming pool, tennis courts, and Clubhouse.  It is a short walk to upscale Georgetown.  Hillandale offers a quiet private environment that borders parkland on two sides. 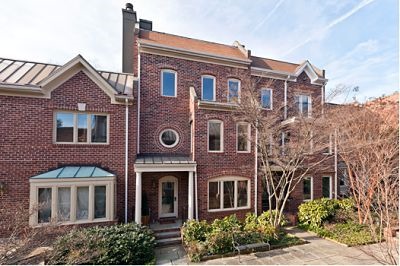