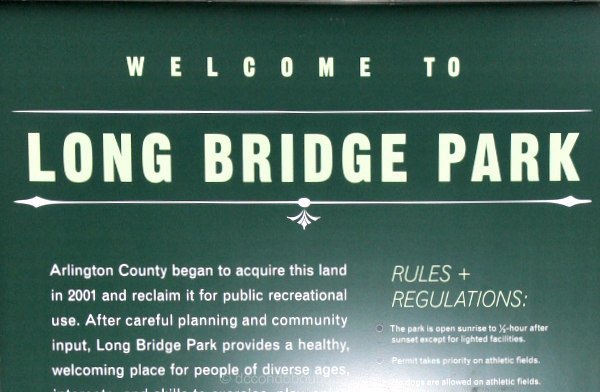 Green space is one of the drivers when it comes to bringing in new residents and businesses, and Crystal City hopes to capitalize on that with several new parks planned for the area. While Crystal City is already prized for its walk-able downtown and a large amount of open space, it’s hoped that even more parks will further enhance the neighborhood.

The popularity of existing green space such as the Crystal City Water Park is just one reason why new parks are planned. The existing park includes an outdoor café and plenty of room to enjoy a picnic lunch.

Long Bridge Park is also a favorite of locals. It already includes several sports fields, an environmentally friendly rain garden and a playground. Meanwhile, future plans call for expanding the park even more, as well as constructing a new fitness and aquatics center. When finished, the park building will house a swimming pool plus room for exercise equipment and fitness classes.

Future plans also call for the addition of Short Bridge Park on the other side of the neighborhood. This park will offer visitors a large dog run and a bicycle and pedestrian connection to Four Mile Run Trail. Eventually it will also connect up with the planned Crescent Park.

In addition, 12th Street Plaza aims to provide green space including an open lawn, shade trees and seating at the heart of PenPlace. This new retail and residential development will also feature some outdoor dining options.

Plans also call for construction of 15th Street Garden Park, slated for the space between opposing lanes of 15th Street South. As well, Metro Market Square aims to provide gathering space and room for a farmer’s market. Yet another park that’s gaining attention is the open space slated for Eads Park. When finished, this park will take over existing parking spaces.