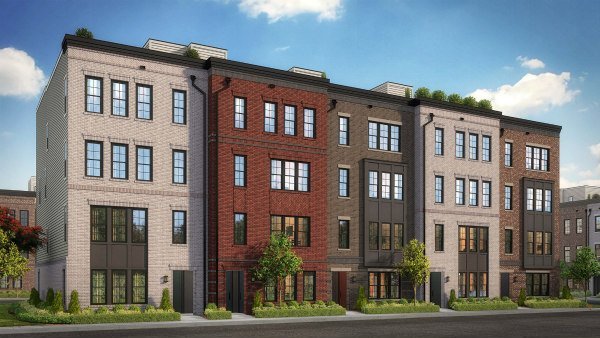 New condo developments abound in McLean, as more and more people discover all that the area has to offer. While major shopping is easily within reach, McLean also capitalizes on more of a small-town feel.

Union Park is one such community that’s currently under development and attracting a lot of interest. This Toll Brothers, master-planned development will eventually offer more than 200 two- and three-story condos and townhomes.

Dozens of the units are slated to be delivered sometime later this month. The Lofts at Union Park provides floor plans with three-bedrooms, 2.5-baths and a one-car garage in a two-level floor plan.

In comparison, The Brownstones at Union Park provides floor plans with three-to four-bedrooms, and more than three-baths. The three-story layouts come with a rooftop terrace and a private two-car garage.

Union Park is a short drive from Tysons Corner, major employment centers and major roadways in the area, plus it’s only about a 20-minute commute to Washington, DC. In addition, the property is less than a 10-minute walk to the closest Metro station, making for an even easier commute.

The condos and townhomes of Union Park are also within walking distance of a local elementary school. Buyers are able to visit the builder’s design studio to work with a consultant and look at possible upgrades, including countertops, cabinets, flooring and appliances.