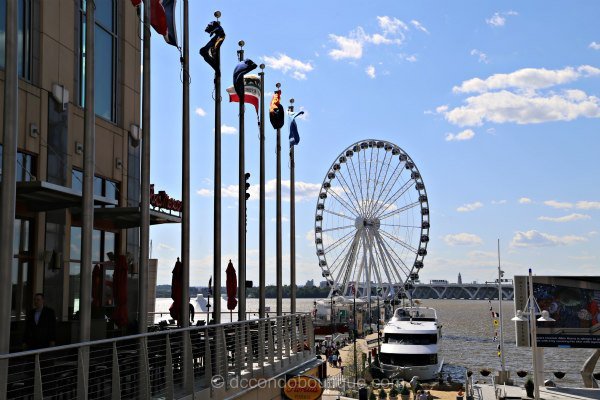 One of the DC area’s most exciting destinations is already benefiting from the addition of MGM National Harbor, just six months after it officially opened. The resort and casino is not only tops in recent months as the State of Maryland’s highest earning casino, but it’s also credited for increasing visitors to the waterfront development known as National Harbor.

Some reports list traffic is up over the same time last year, which was already high. Even some other area resorts are reporting higher growth and earnings of their own, credited in part to MGM. The luxury hotel complex boasts outstanding views of DC monuments and the Potomac, a permanent art collection and a large casino. As well, it includes spacious suites, a theater and culinary treats.

Built up over the past decade, National Harbor has added outlet stores and retail space, along with a convention center and the MGM. It also now boasts thousands of hotel rooms and is home to around 2,000 residents. Despite all the development so far, the entire project is only about half complete. Another apartment building is in the works, new office tenants will soon move in and a new microbrewery opens soon.

In addition, the location’s first medical office building is set for completion next year, a gain some credit to the success of the new MGM and other amenities available at National Harbor. Future development additionally calls for a convenience store, hundreds of new multi-family units, retail, entertainment venues and a hotel.

The entire mixed-use development sits along the banks of the Potomac River, with space for living, working and playing. Only about 15-minutes away from DC, National Harbor is currently home to dozens of restaurants, from more unique and upscale offerings to some of the nation’s best known dining chains. In addition, National Harbor features live entertainment and nightlife, outdoor recreation and fitness, residential units and, most recently, the luxurious MGM National Harbor.