Lyon Village Was Made for Walking 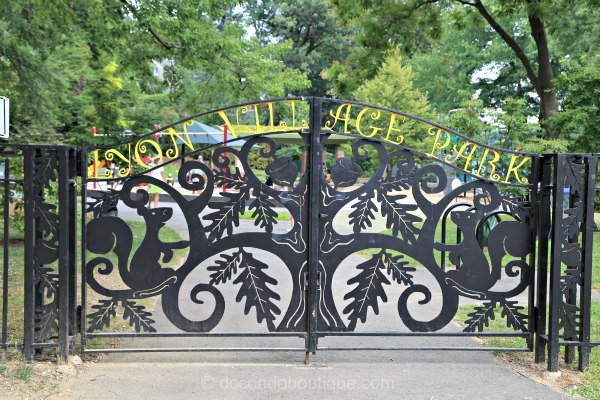 A close-knit friendly community, Lyon Village, has exceptional housing choices and close access to Clarendon in northern Virginia. Arlington Magazine has named Lyon Village as one of the 10 Great Neighborhoods. It’s also been named “Best Neighborhood” in Best of Arlington magazine readers’ survey. Would-be homebuyers should head over to Lyon Village when searching for a home in hot Arlington, a close-in suburb of DC on the Washington Metro Orange Line. But Lyon Village also enjoys a high Walk Score of 86, making it pedestrian-friendly and a cozy enclave that delivers homes that are good values and an alternative to living in the center of the city, yet close-in enough for a quick commute into DC. Lyon Village offers the feel of an urban hub, yet with a lot of green space and a range of housing options.

One of the top most desirable residential communities in North Arlington County, Lyon Village has decent commutes, lots of parks, good schools, fascinating people and amenities.  Home styles range from Colonial brick Revival-style to smaller bungalows, Queen Anne and Spanish Mission Revival-style and well-built Craftsman.  There are also a number of condominiums off Wilson Boulevard.

Local events and activities are planned throughout the year for residents in this friendly, tight-knit community, including a 4th of July parade, holiday parties, and Easter egg hunts. The neighborhood is listed on the National Register of Historic Places. To keep residents informed, Lyon Village has an active household listserv.

Just one block north of Clarendon, Lyon Village occupies prime real estate in the DC Metro area. The community is nestled along Lee Highway (US Route 29) and Wilson Boulevard, one mile west of Rosslyn and less than 1 mile north of Clarendon. This intimate neighborhood is close to two stations on the Orange Line on Washington’s Metro Line, Clarendon and Courthouse. Lyon Village has many shops and restaurants, kid-friendly parks and green open spaces, native trees and streams.